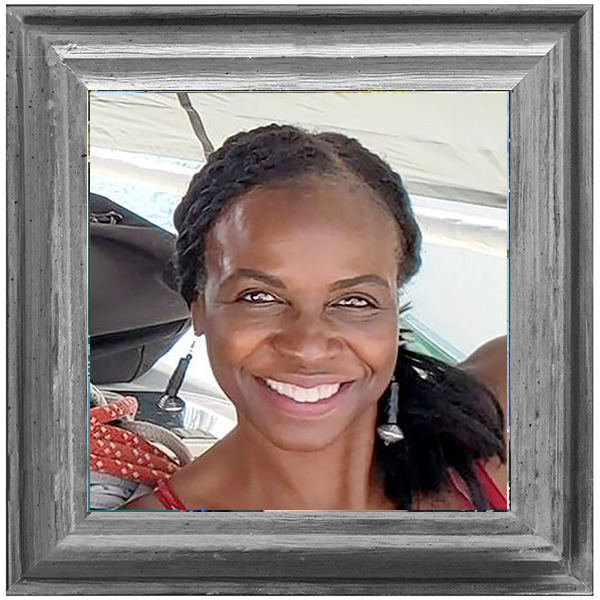 A native Chicagoan, Chiaka began sailing in 2012 and quickly developed a passion for the sport. In 2013, she bought a 26’ Hunter sailboat, and took interest in elevating women in the sport. She recruited and developed an all-women’s race team of novice sailors who raced together over four years. Three of the five women are now skippers of their own sailing vessels. Chiaka is now the owner of a Beneteau Oceanis 300.

Over eight years she has competed in over 150 local, off-shore and international races as crew and as captain of her own race team. All located in Lake Michigan, the races include the Tri-State Regattas, Beer Cans, and many local area distance races. Internationally, she has competed as crew aboard the 44’ Sea Dame in the 2016 Conch Republic Cup Regatta — Key West to Cuba. Chiaka currently races aboard Mise En Place — a 38 foot Beneteau Oceans — with a predominantly African American and female crew. She completed her US Coast Guard Marine Mariners exam and recently applied for her 2021 Captain’s License credentials.